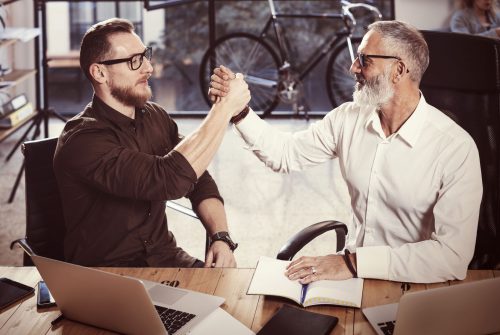 Owner manager companies are usually ‘close companies’ that is ‘under the control of:

(a) five or fewer participators, or

(b) participators who are directors’.

For most small, limited companies, ‘participators’ means ‘shareholders’. However, the legal definition is broader in that a ‘participator’ can be anyone (or their associate) with a financial interest in the company (excluding a bank operating in the ordinary course of its business or typical trade creditors of the company). ‘Associate’ includes a spouse, parent, grandparent, child, grandchild, brother or sister as well as trusts settled by the participator or a relative of the participator.

An example of a ‘participator’ who is not a shareholder would be a holder of debentures issued by the company. The definition also extends to include those creditors who will have such rights in the future.

The importance of the definition of a ‘participator’ relates to situations where a close company (or Limited Liability Company) makes a loan to an individual who is a participator or an associate of a participator. Should the loan remain unpaid within nine months and one day after the end of the accounting period, then the company is subject to a tax charge on the outstanding amount of 32.5% pre 6 April 2020,increasing to 33.75%. . This tax charge mirrors the situation that would exist should a director/shareholder not repay an overdrawn Directors loan account by the same date. Strictly, the tax charge should be considered each time a loan is made however, in practice, it is only necessary to consider loans/advances that are outstanding at the end of the accounting period.

Where the tax is payable it is, in fact, only temporary because once repayment has been made a claim for refund of the tax can be made. Such refund claims can only be made nine months after the year end in which the repayment of the loan is made. There can, therefore, be a considerable delay from repayment of a loan to refund of the associated tax.

Writing off the loan

A loan written off for a director is treated as a distribution for income tax purposes, grossed-up at 100/90 taxed at the marginal rate applicable to dividends.

If the director is also an employee then HMRC may contend that the loan write off is actually earnings, treat as salary, taxable at marginal tax rates on the employee.